Of tongues and barbs 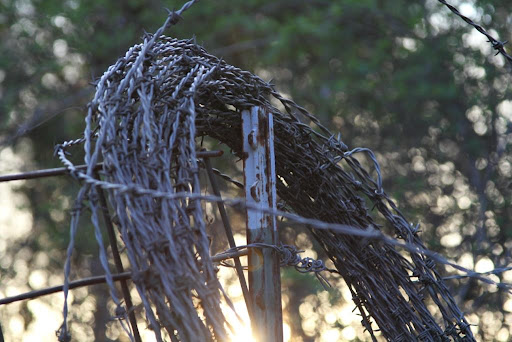 “ha ha . In your house ‘Shakti’ is dominant eh!?  The lady wears the pant eh! In my house ‘Shiva’ is  dominant! “, our male guest puffed up his chest.

My husband turned beet-red. The ‘pin-drop’ silence that followed –  a loud presence in my life.

That day I discovered a sub-species of the human male ,with dominant ‘obnoxious moron’ genes, who get emasculated whenever a woman displays intelligence. And another sub-species of intelligent-human-males who care about what such moron-sub-species-males thinks about them.

“If you love me… don’t say anything intelligent in front of guests”, my husband begged.

Note:  I try  not to talk more intelligently than such moron-sub-species-male whenever I encounter them but it’s such a challenge that I give up after a while. I’m not being vain …it doesn’t take much to be more intelligent than such folks 🙂

This 99 word piece based on true life events was written for the 100 word photo challenge. More details about this challenge can be found at:  https://rochellewisofffields.wordpress.com/2016/04/20/22-april-2016/

Click on the Froggy below for other amazing takes on the same prompt by fellow “Friday Fictioneers.”

From Raptors to Mascots….

4th grade students from a New Hampshire school had drafted a bill to name the red-tailed hawk the official state raptor. They visited the state assembly  as part of a lesson on how a bill becomes a law. They wanted a civics lesson and instead they got several lessons on the cold, harsh realities of politics , freedom of speech and abortion!

Their bill was crushed. That’s fine. That was part of their lesson on the democratic process. The lesson that they were not prepared for came when Rep. Warren Groen, a Republican from Rochester said,

“[The red-tailed hawk] grasps [its prey] with its talons then uses its razor sharp beak to basically tear it apart limb by limb, and I guess the shame about making this a state bird is it would serve as a much better mascot for Planned Parenthood.”

Why? Why tie this vote about red tailed hawks to abortion/women’s reproductive rights?

If Planned Parenthood needs a mascot based on the merits of how a living creature treats its prey….it should pick us humans as the mascot….the ones at the top of the food chain. We not only tear apart our prey (cows, sheep, pigs, chickens, tuna etc.) limb by limb with sharp tools we also dredge it in  bread crumbs and fry it in boiling oil.

Bills about Red-tailed hawks are frivolous, a waste of precious time as one lawmaker says…..She’s right…What we need instead is a bill that proposes that no man or woman should ever be allowed to vote on any woman’s right to choose what happens with her body.

It’s time to stop the lawmaker’s tug of war on a woman’s uterus and for everyone to mind their own business.

Photo credits: The picture of the Uterus is from healthtap.com and the tug of war is from http://www.teachengineering.org

India is not alone

Posted on March 10, 2015 | Leave a comment
The blog, tweets and comments  defending Indian’s government ban on the BBC documentary ‘India’s daughter’ makes one claim: “The rest of the world , even so called developed nations, are no better when it comes to women’s right and safety. Solve your problems first before pointing fingers at me”.
It’s a very valid claim. If you google “TOP 10 countries with highest rape”, you will find that India is wedged between US and UK who lead and trail India respectively. If you take India’s huge population in comparison to the population of UK and US the statistics would paint a much brighter picture of India. But lets not forget that the incidence in India is less than the rest of the world due to a significant population  guarding its women like ‘flowers’ and under-reporting.
Rape and misogyny is not just an Indian problem. Governments, Feminists and gender equality proponents all have a huge challenge on their hands throughout the world as shown in this WHO info-graphic:
http://www.who.int/reproductivehealth/publications/violence/VAW_Prevelance.jpeg?ua=1
The supporters of the ban use the above statistics and are responding:
“I know my house is dirty….you don’t have a right to point it out because your house is equally dirty”
A mature response from the Indian government should be like one or more of the below, instead of a ban on a documentary:
1) A call for Collaboration:
“Thanks for pointing it. By the way you too seem to have the same issues. Why don’t we work together to solve this to make the whole world a better place”
2) A chance to lead the world:
“I’m going to do these following steps to fix the problem <list the steps>. You also may want to implement the same in your country’
3) Offer help:
“I thank you for your concern for the welfare of our society. Let us know how we can also help you”
Here’s a compilation of misogynistic pubic statements made by prominent US citizens that rival  our world famous Indian defence lawyers: ML Sharma and AK Singh
http://www.huffingtonpost.com/2013/10/08/sexist-politician-quotes_n_4y38199.html
The fact remains that the US government did not ban the above post or any such videos in the media.
I commend the actions of the Indian bar council that has issued notices to the two defence lawyers for their misogynistic remarks in the documentary “India’s Daughter”.
It’s great to see a portion of India taking positive action! Its time to lead the world in meaningful change.

India’s home minister has threatened action against the BBC, after it aired a film in the UK featuring an interview with an Indian rapist on death row.

The video that I managed to watch before it was taken down in Youtube shows the story of the victim’s meaningful life , the sorrow of her parents on losing her in this horrific way and the abject poverty and harsh environment that bred her killers. It shows the deep rooted bias against women ,in the psyche  of a portion the Indian society and passive acceptance of this bias in the remaining portion of the Indian society ,that facilitated this crime. It shows the massive response from another portion of the society – mainly women’s group and students – that banded together with unprecedented efficiency and demanded quick justice.

Here’s the link to the documentary..if its still working:

Now more than 2 years after this incident and uprising , when everyone has returned to their normal lives, without much meaningful change to prevent such incidents or stricter laws for rape (the frequency of which hasn’t abated), comes this documentary. And it gets banned in India. 6 men took Jyothi Singh’s (the victim)  right to her body , her intestines and her life. Now the Indian government has taken her right after death- the right to have her death become a meaningful one.

I will never understand the reasons that the Indian government has for this ban. I only know that the reasons, if any, are not pro-women. If they are concerned that this video will portray India and its criminal politicians in bad light, then they should focus on removing the bad elements ,not remove the spotlight.  The government cries that this documentary defames India. They are wrong; they are the ones defaming their daughter; our daughter; by banning this.

I keep emphasizing “a portion of our society” so that we all understand that there is another portion of the Indian society that is doing all the right things. But that ‘good’ portion needs to grow in size and infiltrate and influence the government.

There needs to be stricter laws, swifter justice for sexually based crimes against women in India to prevent these gang rapes in the short term.

For long term and lasting change, there needs to be education for boys and girls equally; education mandated and available easily to all children of all economic strata; with campaigns to remove the gender bias deeply rooted in the society.

The Indian government is working on ways it can ban this video outside India. My request to the international community is this… You all said “Je Suis Charlie”….Please now say “Je Suis India’s daughter”.